Oh the Places You Should Go!

Have you ever wondered what a flock of one million snow geese actually looks like?  Darrin Welchert, Wildlife Biologist at Loess Bluffs National Wildlife Refuge (LBNWR) can tell you.

Located in northwest Missouri near Mound City, LBNWR was established August 23, 1935, by Executive Order 7156, “in order to effectuate further the purposes of the Migratory Bird Conservation Act”.  These lands were to be used “as a refuge and breeding ground for migratory birds and other wildlife.” Most of the refuge is located along the eastern edge of the Missouri River floodplain in a historic wetland area.  Habitat types include wetlands, grasslands, forests, and developed land. The refuge hosts a diverse amount of vertebrates including 310 species of birds, 41 species of mammals, and 37 species of reptiles and amphibians.  In addition, peak numbers of up to 476 bald eagles (Haliaeetus leucocephalus), over a million snow geese (Anser caerulescens), and 200,000 ducks have been recorded during fall and spring seasons.  Waterfowl and other bird monitoring began and has continued in various forms on the refuge since it was established. 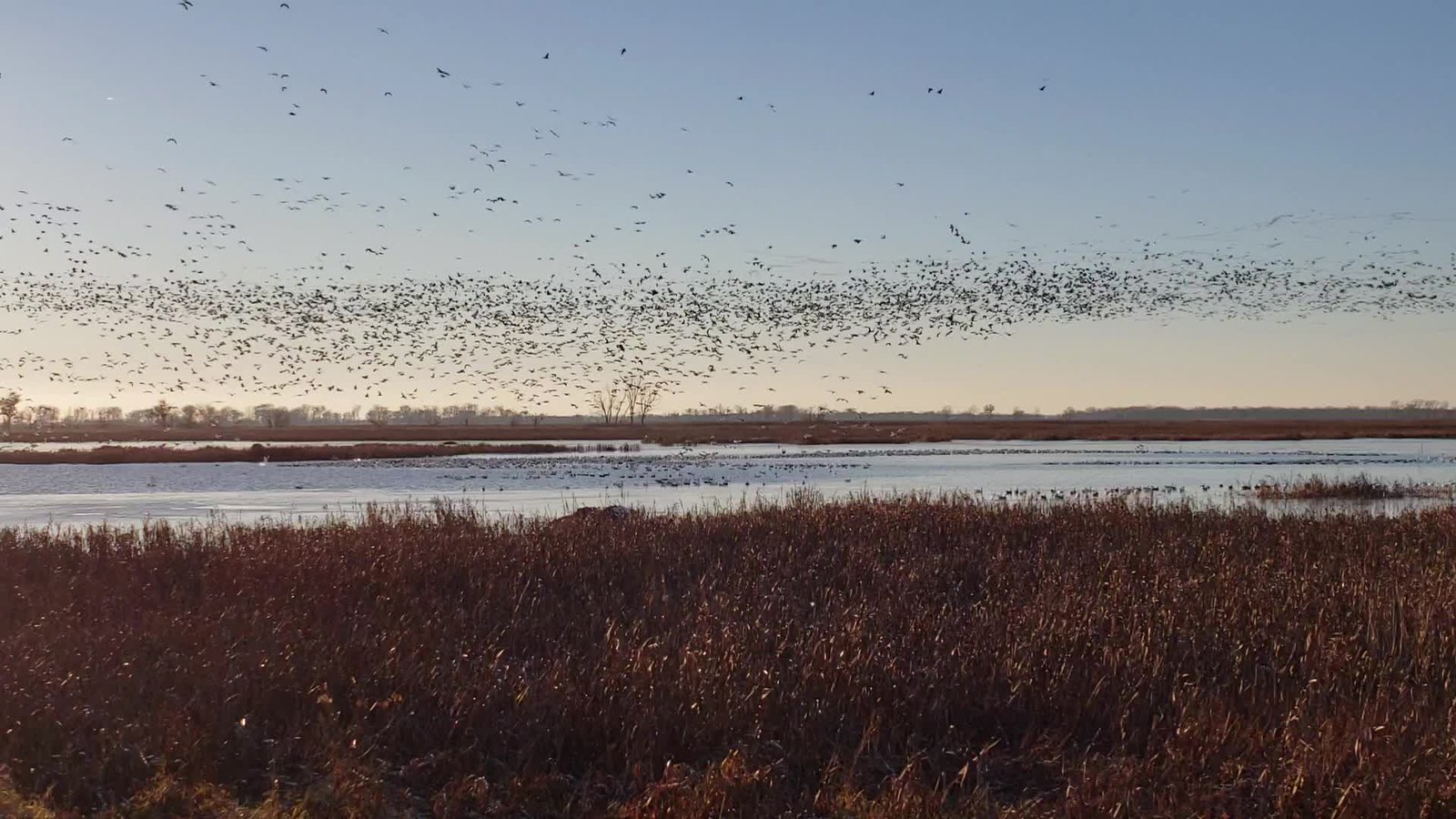 (Video  of LBNWR courtesy of Sunflowerlark, Creative Commons. Click on the arrow in the bottom left corner to view!) 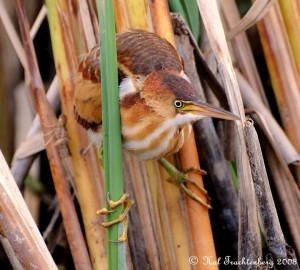 Darrin first implemented IWMM surveys during the program’s pilot phase in the spring of 2011. According to Darrin, adopting IWMM resulted in the consolidation of three different surveys into one and provided a central place to house bird, wetland vegetation, and management action data. IWMM also provided the ability to share data regionally and at the flyway scale through the AKN.  Wetlands are a key reason for the establishment of LBNWR and listed as a priority habitat in its Habitat Management Plan (HMP). Data collected at LBNWR for the IWMM program is used to determine if HMP objectives are being met. Objectives include, but are not limited to 1) calculating duck use days, 2) providing long-term trend of 50% hemi-marsh for open water guilds and summer nesting habitat for least bitterns (Ixobrychus exilis) and, 3) timing of migration flooding and draw down schedules.  Vegetation surveys have also allowed LBNWR to monitor trends in vegetation response and bird use as it relates to management actions.